2021 was not only the 70th anniversary for Kramp, but also the 10th anniversary of Kramp Italy. The opening of a purpose-built warehouse and office to serve our growing Italian customer base was an extra reason to celebrate. Marc Conings, Operations Director Italy, and Rafael Massei, Commercial Director Italy, look back on the past decade and forward to a fertile future. 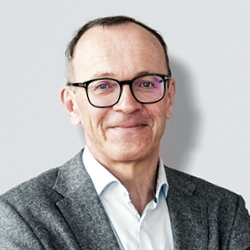 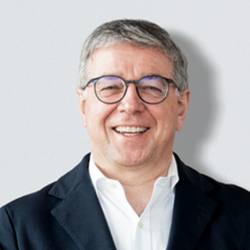 “It has been a big year for celebrations,” says Rafael, “with the 70th anniversary for Kramp, 10 years of Kramp Italy, our new warehouse, and I myself joined Kramp in February 2012, so it is now my own 10-year anniversary.” “2021 was also 10 years since Rafael and I met!” adds Marc. “It was the 60th anniversary of Kramp and although Rafael had not yet started working at Kramp, he had been invited to the anniversary party.”

A decade in Italy

“Back in 2011 we started in a 45m2 office,” says Rafael. “The following year we expanded to a 100m2 office, but we were only a small sales team of five or six people. By the end of 2017 we were a team of 15. Our success was helped by long partnerships with SDF and AGCO dealer networks and by exhibiting at the EIMA agricultural equipment exhibition in Bologna at every event since we started.

“Italy is considered the third largest European agricultural market. We are still a relatively small player in the Italian market – but ready to grow fast. Around 10% of our suppliers, including some component suppliers to OEMs and after-market parts, are based here in Italy, so it makes it more challenging as a wholesaler, although there is so much potential. Acquiring Raico in April 2018, though, meant we doubled our turnover, and the added value of gaining expertise, a wider assortment and different types of customers, was a big strategic gain. By March 2019 we were completely integrated.”

“Before the Raico acquisition,” explains Marc, “all orders to the Italian market came from our warehouse in Germany; after that merger we were able to supply a third from the Raico warehouse, and this year we aim to deliver 95-100% of our orders directly from our new warehouse. The thinking behind the new facilities is to be as well-equipped as possible to serve our Italian customers with the best and most reliable service. To be physically well placed for deliveries, but also to be connected to the very strong supplier base, to add to our assortment, and to be able to attract the best people.

“This was a matter of scale, too. The current warehouse is seven times larger than the one we gained with Raico in terms of m2, and fifteen times in terms of m³ because of its double height. In office space, we now have 2,100m2, including a canteen, up from 500m2 at the Raico site. We also selected a plot of land which gives us the space to add further buildings in the long-term, if needed. Everything we have put in place is designed to facilitate growth.” 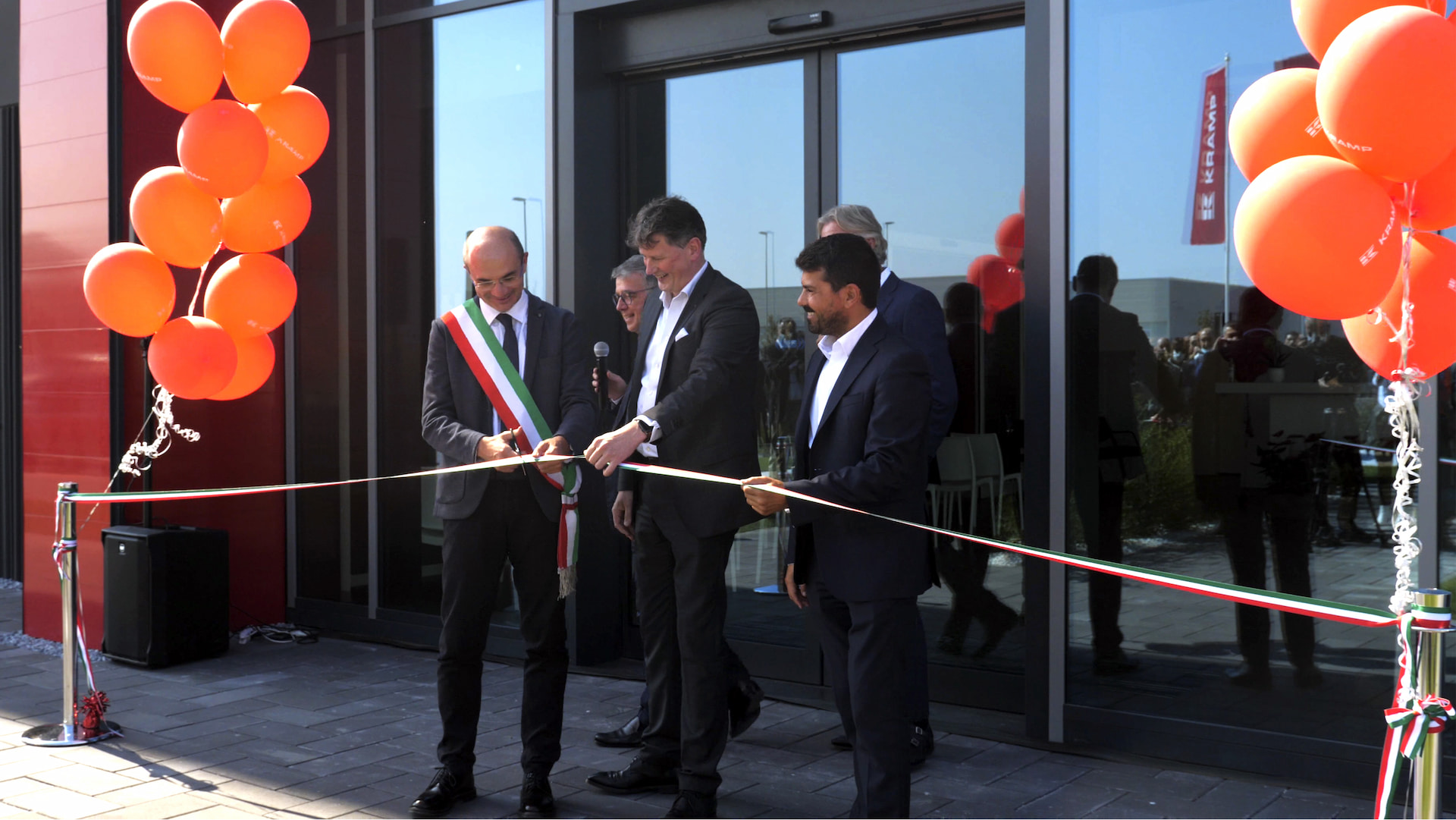 “The plot is also just beside the A1 highway between Milan and Bologna,” says Rafael, “giving us great exposure to almost 300,000 vehicles every day. Architecturally, the designers have also done an excellent job.”

“We have 1,500m of conveyer system and automatic packing machines which erect and seal packages to the right size for the shipment. The complete concept is considered a futureproof, man-machine collaborative environment,” says Marc.

“It’s an innovative project that qualified for Italian government support,” Rafael adds. “We have solar panels to generate electricity for the building, a cycle path, and we will be able to install charging points for electric vehicles in the future.”

“What is important for us,” says Rafael, “is that we take full advantage of this investment. We are planning to exceed €30 million turnover this year. We are also hoping to activate the John Deere partnership here in Italy in summer 2022. The operational team is quadrupling in size, while scarcity in the workforce and availability of distribution quality are challenging us.

“I think we can really contribute to Kramp as a whole even more,” Rafael concludes. “There is huge potential to establish good relationships with Italy’s 250 components and parts manufacturers.”

And that is the advantage of a strong Italian team,” Marc adds, “a real cultural benefit for Italian buyers buying from Italian suppliers.” 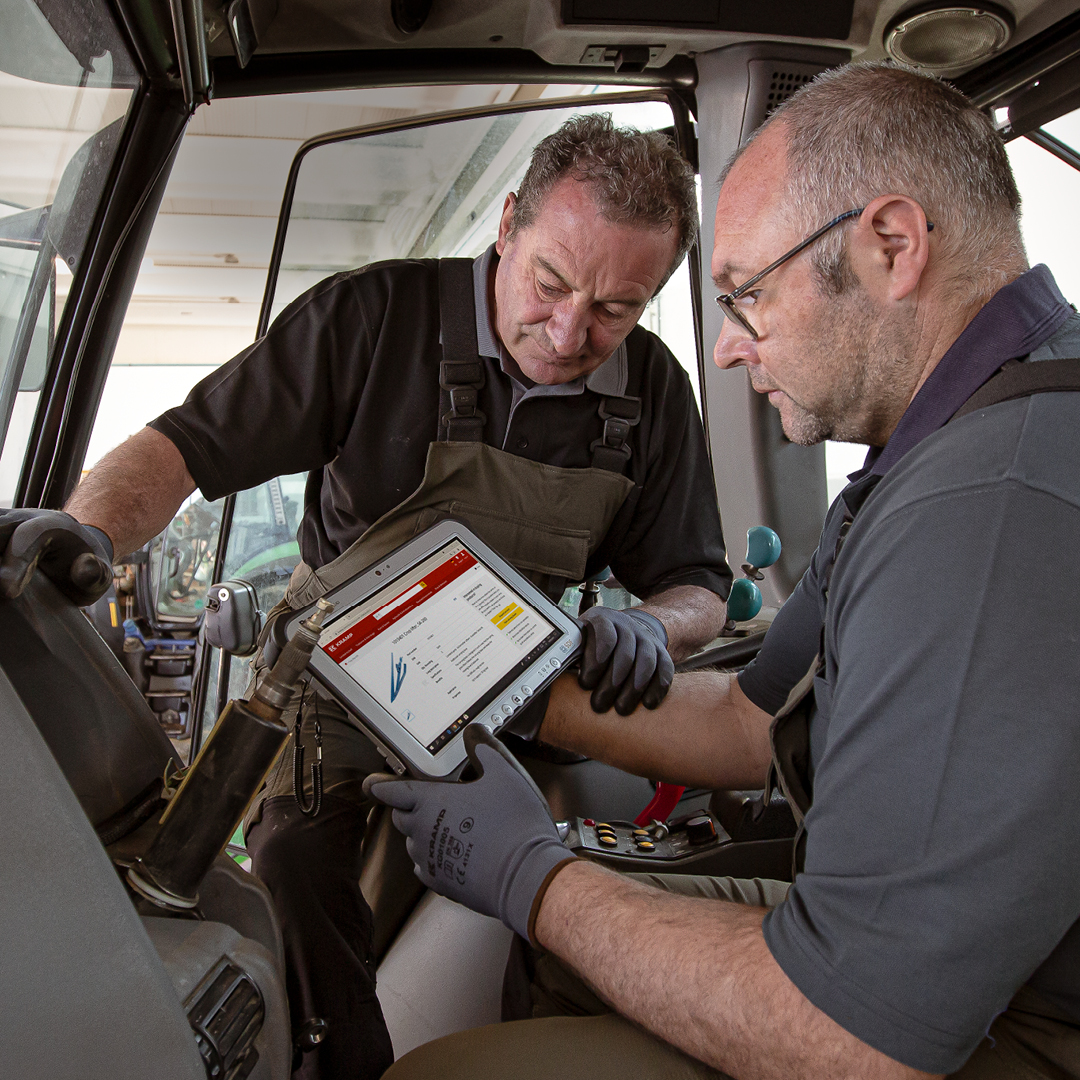 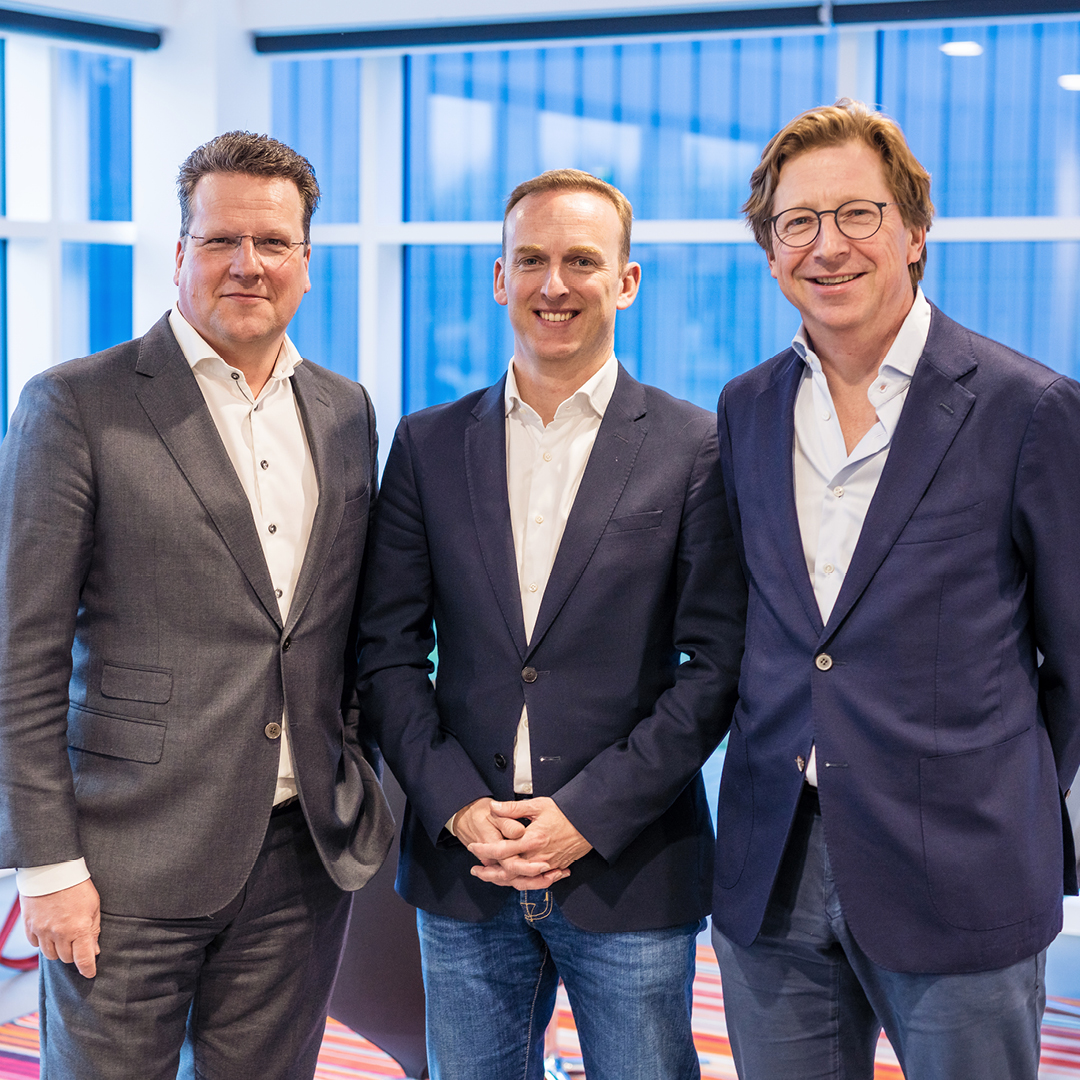 Best Use of Integrated Campaign Award

“The Generations campaign won the gold award in the Best Use of Integrated Campaign category at the global Globee® business awards. It is one of the world’s premier corporate marketing awards. The Globee® honours and acknowledges industry-wide peer achievements in marketing. Finally, I would be remiss if I didn’t thank our colleagues; we received tremendous cooperation from global and local teams from multiple disciplines, including category management, procurement, finance, local commerce and, of course, marketing to make this campaign great,” concludes Wendy.

“The 70th anniversary campaign was designed to familiarise farmers with the history and values of Kramp,” explains Sylwia Nowacka, Online Marketeer. “Our goals were to increase reach, build brand awareness and develop stronger relationships with farmers. “We had a coordinated campaign across social media, including creating videos demonstrating our expertise in everything from logistics to business solutions to the Kramp Academy. We worked with influencers and made a series of videos on YouTube with Tomasz Jakubiak, a celebrity chef. He had to learn different jobs on various farms and then, to thank the farmers, taught them how to cook. We promoted this among farmers and dealers. 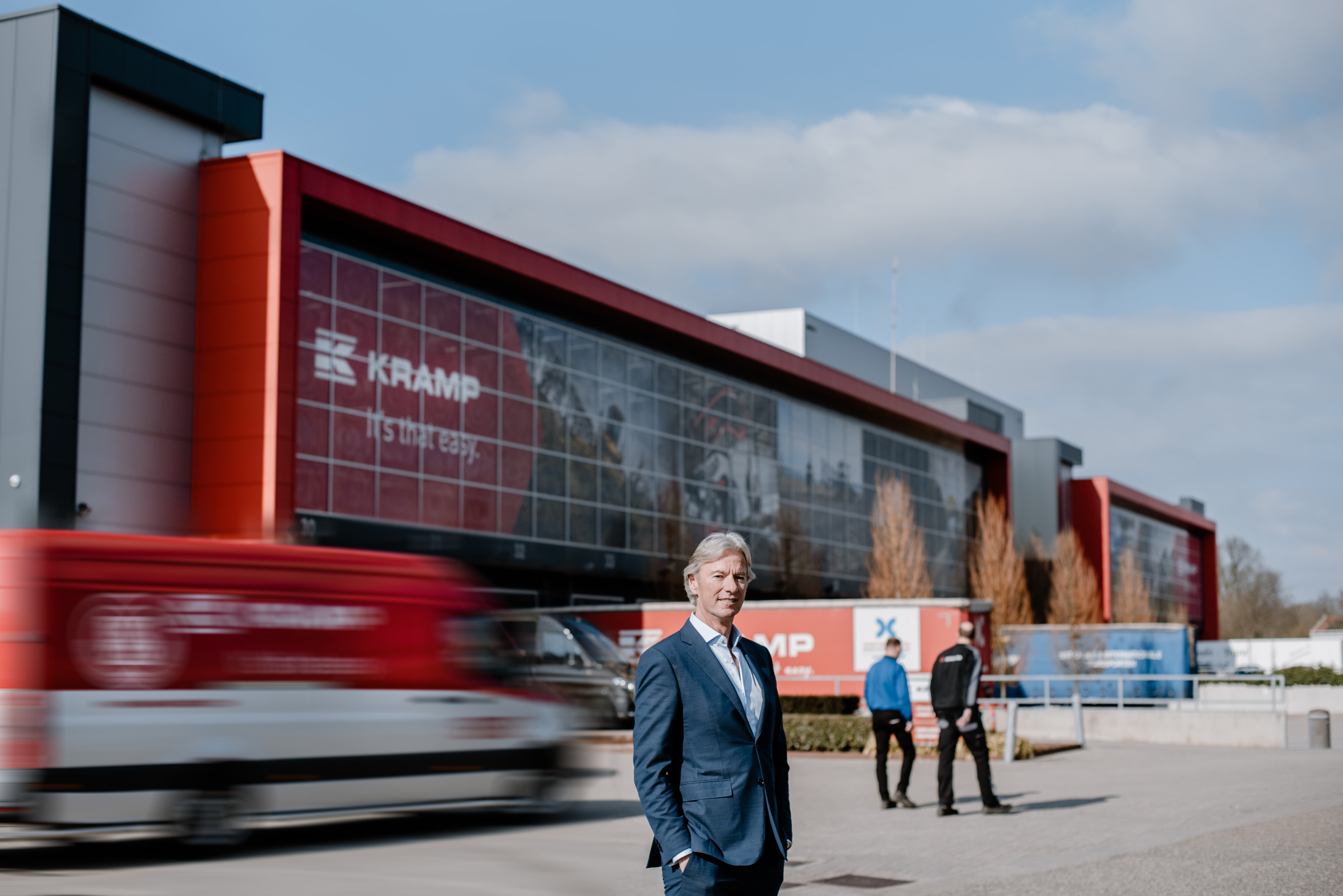 “We organised various events in 2021, such as a celebration of Farmers’ Day on 15th May, which no other agricultural company promotes, and the 10th Kramp Race, the popular annual tractor racing competition.”

“We tried to connect every activity with the 70th anniversary,” says Ewa. “In September we invited farmers to a birthday party for Kramp at one of our franchise Grene retail shops. Activities included cookery workshops, a reaction-time test on an accident simulator, and competitions such as changing machine parts using our hand tools and testing our lamps with a hammer, safely supported by our product specialists! We also had prizes and remote-control tractor races for children.” 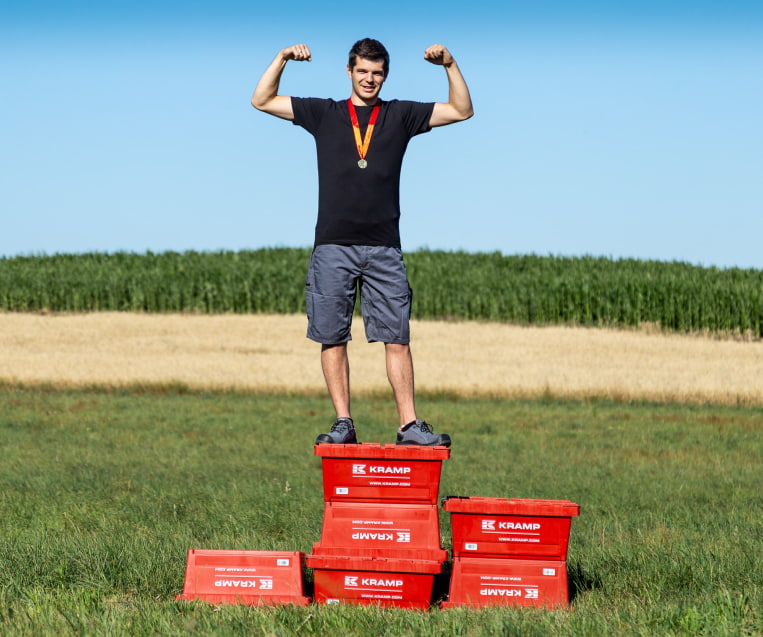 Celebrating with our colleagues

“For our anniversary, we have planned an unforgettable event,” says Ruth, “with something for all generations of Kramp people from every country and culture. We want to show our people how much we appreciate their talent and hard work. We collected stories and pictures of our colleagues’ time at Kramp, which we shared on Yammer and our intranet. Our in-house magazine, Inside, had three special anniversary editions. Every employee also received a copy of the Kramp-produced Food from the Farm cookbook in their Christmas giftbox.”

A new date for the anniversary party

“Our party, delayed by COVID-19, will happen in 2022,” Ruth continues. “It is more a festival than a party! We are planning all kinds of activities – a red crate race, games, live music, incredible media installations, and food and drink of course.”